ROS “Robot Operating System” isn’t really in any sense an “OS.” It is an application framework. ROS was developed starting in 2007 at Willow Garage and is now maintained by the Open Source Robotics Foundation. ROS is computer code that allows control of a robot by communicating between the sensors, effectors, computers, and networks to operate a robot both via autonomous and tele-operation. Versions of ROS are closely associated with Ubuntu releases, Noetic is the last ROS 1 release and is linked to Ubuntu 20.04. While it is possible to operate a Ubiquity Robotics product without any knowledge of Ubuntu, any development will require the use of a Ubuntu capable workstation. The Magni robot uses a Raspberry Pi (preferably Pi 4).

ROS consists of nodes (pieces of code) that use message passing to control the numerous functions of a robot and its interaction with the environment. The method is called publish and subscribe, and can be used across multiple processors. Since multiple computers are almost always used to control our robot, networks working well is important. Synchronizing time between computers running ROS is critical. Navigation and go to goal only work if the timestamps are within 1 to 2 seconds of each other. While most of ROS is loaded via debs using apt and is in /opt/ros, some of the vendor specific code exists in the ~/catkin_ws/src/ directory. Developers as well as Ubiquity Robotics support software via Github and updates are frequently distrubuted via git commands. Most ‘code’ support is via Python, but developers may encounter Java, C++, yaml, xml, shell scripts, etc. Most complex software requires a steep learning curve; ROS requires a deep dive off a steep cliff!

ROS generally has good documentation, that’s where you should start.

Rviz (ROS visualization) is a 3D visualizer for displaying sensor and state information from ROS. It can show the robot in space as well as graph practically any robot parameter.

There is a nice short introductory rviz video at this location.

To ensure that the launch and configuration files are on your workstation you can run
sudo apt install ros-$ROS_DISTRO-magni-robot .

Using rviz, you can move the robot:
Click on “2D Nav Goal” in the menu bar.
Click again in the black screen area and indicate what the robot is to do.

Here is a short video showing the robot navigating with our setup. As you can see this was recorded on a workstation operating the robot. With the left side being a window that’s logged in to the robot and the right window being a local terminal on the workstation. This video assumes that a standard robot has been set up according to the instructions - its probably obvious that the name of the robot has been changed, as per the instructions, in this case to ‘frank’.

In the right hand window you see the steps that are carried out on the workstation including loading rviz etc.

Once RViz is loaded you can see that the user issues a go to goal target in RViz using a few mouse clicks. She first clicks 2D Nav Goal in the menu bar, then clicks on the desired pose. The arrow that is on the field of view is the desired location and orientation.

The system determines its location by looking at the fiducials in the environment, then the robot turns and drives to the target location.

The Magni simulator utilizes the full desktop install of ROS, plus components of the magni-robot distribution from Ubiquity robotics. The simulator runs a virtual magni within the Gazibo simulator and allows development without a physical robot.

We suggest your workstation be a machine with a Nvidia GPU display running Ubuntu 20.04. You can verify the required components are present by looking for required files

If the above commands fail or the list of files is not found you will need to add the components required for Magni simulation in Gazebo.

Catkin may already have been installed, but if so this will do no harm.

Install libgazebo and Check the Dependencies

You may also need our OLED repository as of mid 2020

This may take rather a long time.

Add the Required Lines to setup.bash

Ensure that the last few lines in your ~/.bashrc look like this:

Now get the Magni Gazebo Software

Make catkin_ws/src the current directory. Then from catkin_ws, check the dependencies.

This completes the installation of the prerequisites.

In a new terminal, launch rviz and gazebo_ros_pkgs

When empty_world.launch starts it will start 3 windows–Rviz, Gazebo, and a control pad. 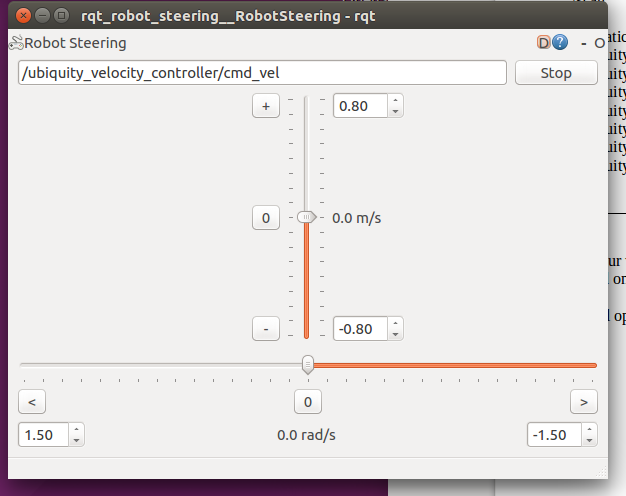 The Desktop with Gazebo and the Velocity Controller App opened: 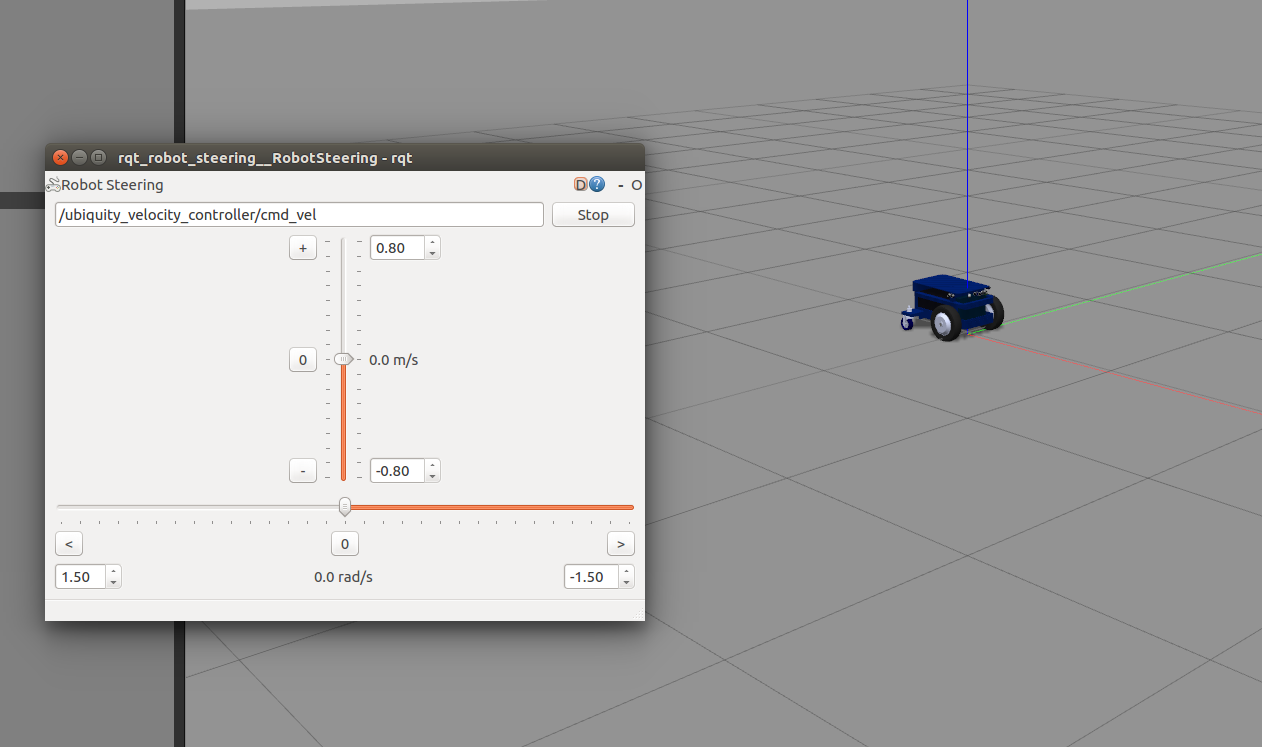 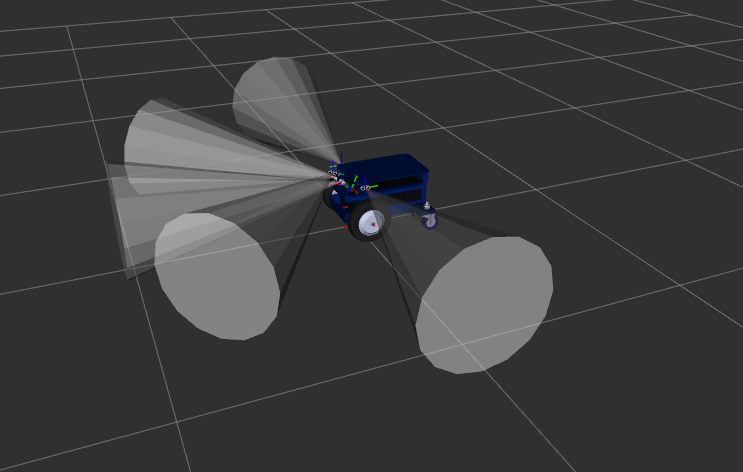